It Monitors Trends In Activity

Partial discharge testing online permits trends in activity to be monitored over time. While partial discharge is created by high-voltage stresses, it can also be influenced by other ambient and operating stresses, such as humidity, temperature, and load. Due to the fact that partial discharge activity usually occurs well before insulation failure, by monitoring and analyzing the partial discharge over time, you can make strategic decisions regarding renewal and refurbishing programs, such as the ordering of key elements with long lead times. It usually isn’t necessary to replace an asset that is slightly older if it is serviceable, so the cost of replacement can be postponed via maintenance.

It Can Be Done Quickly And Efficiently

Partial discharge monitoring and testing are particularly critical when the high or medium voltage asset is essential to a network’s operation. This could be due to financial consequences that have occurred as the result of a failure, limited network redundancy, the age of the asset, or past failures. Identifying partial discharge within an entire network can be achieved easily and quickly using High Voltage Partial Discharge technology to indicate that there are impending insulation faults early on. Medium voltage and high voltage plants that can be monitored or tested include capacitors, current and voltage instrument transformers, rotating machines motors and generators, dry type and oil-filled transformers, bushings, power transformers, switchgear, cables, and cable accessories such as sealing ends, joints, and terminations.

For more information about partial discharge testing and monitoring, get in touch with our team of experts today. 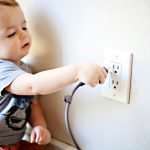 How You Can Keep Safety Top of Mind Every DayBlog 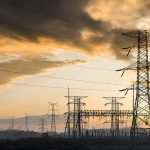