Dead end structures are located at the point in the substation where the line angles off or ends. They are usually made with heavy steel in order to carry heavy tension, but they can also be made of the same materials as the other structures in the substation, such as wood poles, concrete, tubular steel or aluminum lattice. The most common dead-end structures are A-Frame structures and H-Frame structures. A dead-end tower is fully self-supported and at the end of each conductor, it uses horizontal strain insulators to resist unbalanced forces. Dead-end towers are often used as a transition to the entry of a slack-span, but they can also be used when the circuit turns into a buried cable when a line of transmission changes direction sharply or simply to reduce the likelihood of a serious collapse.

Dead-end towers are used to minimize the tower failures that might result from the failure of a conductor. An in-line dead-end tower will be built with two pairs of strain insulators intended to support the lines from both directions, while the lines are connected by a jumper.

A static pole is a singular, free-standing pole used in order to protect all of the equipment in a substation from lightning strikes by acting as a barrier. Static poles can be made of various materials, such as fiberglass, concrete, metal or wood, and the number of poles a substation requires will depend on the substation’s size. Static poles are often referred to as telegraph posts, hydro poles, power poles, telephone poles, or transmission poles, depending on their function.

In order to enhance the pole’s protective qualities, they can also have shield wires attached overhead to protect equipment such as fiber optic cables, electrical cables, street lights, and transformers. Routing these cables overhead is an affordable way of keeping them out of the path of any vehicles and people while keeping them insulated from the ground. Today, static poles are often replaced by underground distribution lines in residential neighborhoods because they can be perceived as an eyesore.

Bus supports are one of the most straightforward structures that you’ll find within a substation. The main function of a bus support is to connect low and high voltage equipment at electrical switchyards and battery banks. Bus supports are both uninsulated and stiff so that they will stay in place in poor weather conditions, making them extremely useful in high seismic locations in order to dampen and move any seismic forces when they appear.

For more information about the most common structures you’ll find in an electrical substation and their different functions, get in touch with our team today.

A Guide To Common Structures In An Electrical Substation2020-11-162021-03-30https://peaksubstation.com/wp-content/uploads/2018/10/logo2.pngPEAKhttps://peaksubstation.com/wp-content/uploads/2020/08/high-voltage-tower-on-sky-in-background-high-voltage-electricity-power-tower-sky-energy-blue_t20_or36d8.jpg200px200px
Recent Posts
ABOUT US 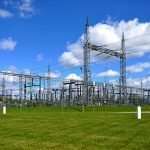 A Brief History Of The Power GridBlog 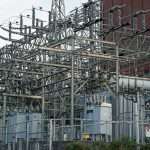 A Smart Grid – Understanding The BasicsBlog