Windmills convert the kinetic energy of wind into mechanical power or electricity. This whole process is done using large wind turbines or windmills. These windmills are connected to generators for generating electricity or to mechanical power which helps in performing tasks like pumping water or graining grains.
The wind passes through the turbine moving the blades which spin the shaft. Currently, there are two kinds of windmills being used – Vertical Axis Wind Turbines (VAWT) or Horizontal Axis Wind Turbines (HAWT). HAWT is the more commonly found windmill which displays the fan-style blades while VAWT usually has the egg-beater style.

Different Type of Blades in Windmills

The wind is converted to electricity by the blades of the windmills. These blades are designed in two different ways:

This type of blade design uses the wind’s force to push the blades around. These blades usually have a higher torque but they give slower rotating speed. The drag type blades were the initial designs that were used for harnessing wind energy for activities like sawing and grinding. As the rotation speed of the blades is much slower than lift type, this design is never used for generating large scale energy.

Most modern HAWT use the lift type design. The blade’s both sides have air blown across which results in the air taking much longer to travel across the edges. This way, lower air pressure gets created on the blade’s leading edge, and there is higher air pressure which gets created on the tail edge. Because of this difference in pressure levels, the blade is pushed and pulled around which creates a higher rotational speed needed for generating electricity.

Wind speeds and flow patterns vary greatly across different regions of the United States and these are modified by vegetation, bodies of water, and the differences in terrain.

The terms ‘wind power’ and ‘wind energy’ are used to describe the process of using the wind to generate electricity. The windmills convert the wind’s kinetic energy into mechanical power which is useful for specific tasks like pumping water or grinding grain. A generator helps convert this mechanical energy into electricity.

A windmill or wind turbine is used to turn wind’s energy into electricity by using the principles of the aerodynamic force created by the rotor blades that work in a similar way to a helicopter’s rotor blade or an airplane wing. When the wind is flowing across the blade, the air pressure on one side of the blade decreases while it increases on the other side of the blade.

The difference in the air pressure across the two sides of the blade will create both drag and lift. The force of the lift is much stronger than the drag and this is what causes the rotor to spin. This rotor is connected to the generator, either through a shaft and a series of gears or directly (if it is a direct drive turbine). The gears used speed up the rotation and allow the physically smaller generators to function. This translation of the aerodynamic force to cause the generator’s rotation creates electricity. 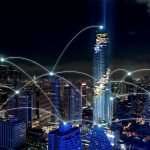 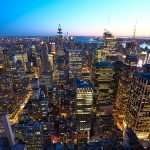 The Biggest Power Outages in US HistoryBlog