Electricity involves the movement of electrons through a conductor within an electrical field. To provide you with a simple example, an electrical cord that connects a table lamp to a power source involves a copper wire within the cord which acts as a conductor.

Calculating the speed of electrons within electricity

All electrons carry a negative charge. Some electrons are fixed as part of an atom. Others move freely within the conductor grid, which is made from secure atoms. When these free electrons move and bounce around, an electrical charge is created.

The number of electrons that can move in the material will determine how conductive it is. Some materials (such as copper) are more conductive than others.

Because electrons are charged negatively, they propel in the opposite direction of a positive charge. This causes free electrons to bounce in different directions, somewhat randomly. This energetic bouncing helps to create an electric charge, although it is of no use without some proper direction. This is where an electrical force comes in – known as electromagnetic force or EMF.

Electrical currents can be likened to water flowing throughout a pipe. If there is more pressure at one end, the flow will be stronger. When a wire is connected to a battery or mains power outlet, this is akin to applying pressure at one end of the pipe – but instead of water, you’re applying an electrical field to copper wire.

As previously stated, while the speed of transmission of the electric current is roughly at the speed of light, the electrons within the electromagnetic wave might only be able to move along at a handful of millimeters each second. This is because the electrons are busy bouncing around the conductor and creating energy – but they aren’t necessarily moving along with this energy.

Let’s consider alternating current (AC) and direct current (DC). In AC, the current will change direction approximately 50-60 times each second, and most of the electrons involved never make it out from the wire. However, the electricity still flows on account of the excitement of the electrons.

Direct current, or DC, differs in that electricity only flows in one single direction. DC is essentially a raw current, although it can be converted into AC which can be used to power buildings. Most homes make use of alternating current (AC) because it is relatively easy to transport across large distances. It is also thought of as safer than direct current (DC).

In addition to this, alternating current can be downscaled or upscaled based on the power needs of a home or organization. This scalability is made possible with the use of transformers. AC power that is not used straight away will essentially make its way back to the power grid – and now we know that it does this at light speed! 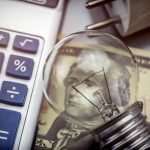 How to Conserve Energy in your Daily RoutineBlog 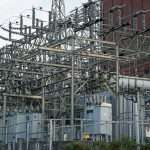 The Amazing Benefits of Substation CommunicationsBlog