All electrical equipment has an end-of-life event or ELE. Sometimes, this can be as benign as replacing an older device with a newer model. Other times, an ELE occurs as the by-product of an electrical overload. With distribution surge arresters, a large overload could trigger short-term or long-term power outages.

The reliability of an electrical operating system is incredibly important when it comes to overall utility performance. It is common practice for distribution arresters to be fitted with a ground lead disconnector or GLD for short. This GLD is engineered to respond to arrester fault currents during the middle of a short by detonating a cartridge housed within the disconnector.

During a power overload, the disconnector attached to an arrester is a major component when it comes to system reliability. While the disconnector remains dormant for the entire service life of the arrester, it is relied upon to become operational only once – and this is to protect the system from a potentially long or damaging power outage.

If it helps, you can think of the GLD as a sentinel of the power system: it stands watch, guarding the arrester for its entire life. When required, it leaps into action, activates immediately and sacrifices itself to keep lights on and motors turning. The impact a GLD has on the reliability of an electrical distribution system cannot be understated.

The path of a fault current during a short circuit

In the event of an arrester short-circuiting, the fault current will flow through the arrester and the grading component. The flow of this fault current will produce a voltage throughout the grading component and spark gap. If the voltage remains high enough to maintain an arc, energy in the form of heat will be transferred to the cartridge within the disconnector. This heat causes an ignition, sparking the detonation of the cartridge.

It is paramount to understand arresters are designed to withstand over-voltages and will generally divert lightning and switching surges throughout their operational lives. The capability for the arrester to withstand this duty is typically demonstrated through IEC and IEEE tests. These events don’t cause disconnector operation. Instead, the GLD will operate only if the arrester has become overloaded, with the fault current making its way through the arrester.

Legislation deems that arrester standards need a disconnector to kick in at-fault currents down to 20 Amps. However, it is possible to increase the reliability of a GLD by utilizing capacitive grading technology. This technology can ensure operation at fault currents measuring as low as 1 Amp. Ultimately, this prevents subsequent lockouts from happening and ensures field personnel is easily able to locate the disconnected arrester by simply inspecting the system on the ground.

The Amazing Benefits of Substation CommunicationsBlog 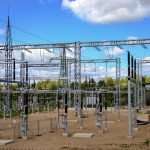 How To: Maintaining Your Anchor ToolsBlog