It’s no secret that solar power has become radically popular in recent years, owing to its increased efficiency. It has grown yearly to the point that over 18.6 million American homes are currently fuelled by this form of energy. However, solar power does not just benefit those with solar panels – it also helps the grid at large.

How Does Solar Power Work In Conjunction With The Grid?

Solar power works by effectively generating ‘free’ electricity through the daytime, with the amount dependent upon the amount of sunlight at the time. If you use more than is available, either because it is less sunny or you use many appliances over the day, then you might end up eating into the electrical grid.

Reducing Strain On The Grid

On the flip side, this means that during the long summer days, you could be running the house entirely on pure sunlight, which reduces strain on the grid by a good margin. This means more is free for others to use, letting the grid run more smoothly. Even if you cut into it (which is especially likely at night), the amount by which you do this will be significantly reduced due to the panels’ contributions.

In addition, surplus energy generated by solar power is commonly siphoned off by the grid and sent back to it for use by other people. In effect, if you are frugal with your electricity usage, then you could be generating electricity for others as well as yourself.

After a decent amount of time running solar power, you might find that how you use electricity is fundamentally altered. To get the most out of it, you will naturally have to frontload your electricity use during the day, when the sun is likely to be at its best and brightest angles. This of course means fewer appliances will be used during the darker hours, and less mainline electricity will be used.

Once again, the grid will be able to concentrate more on supplying electricity to other people if you can change your routine in a way that makes your normal consumption more solar-oriented.

As the above indicates, switching to solar power can be highly beneficial for you and the electrical grid – these benefits will only increase over time alongside solar power. More and more people are choosing it to charge their homes, and a lot of this will be down to people extolling the benefits after having the panels installed themselves.

As this continues, more people will be generating electricity and returning the excess to help their neighbors out. It is practically a matter of time before everyone eligible in your area is using solar power, and the benefits this has on the environment and the grid cannot be overstated.

If you have any further questions about the grid or the impact that solar power might have upon it, then feel free to get in touch with us at Peak Substation Services and ask away. 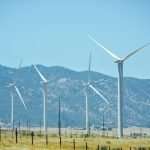 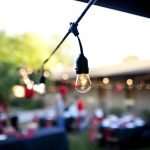