Electricity is the continuous flow of electric charge which is used to power a lot of devices. The effects of electricity control much of people’s daily lives. Almost all of the gadgets used and everyday tasks are run by this wonderful source of power. For example without electricity, no one would be able to make a cup of coffee in the morning or even make a call to family or friends. There have been several technological breakthroughs by many intelligent people throughout history regarding electricity. It has come a long way from being discovered as a mall current to being transformed into useful power to run devices computers.

In today’s world, people use electricity in order to power our daily household appliances and to carry out our daily chores. Every appliance or electronic device that people use consumes electricity and that puts up a load upon the power grid which is reflected in the monthly electricity bill, though some of these devices cost more than the others.

Electricity has been generated in power stations since 1882. The Power stations generate huge amounts of electricity with very high voltage which is then converted to lower voltage with the help of the substation in the power grid and supplied for your home and business purposes. The load that befalls on the power grid is measured in units of power that is Watts and Kilowatts. A watt is the unit of electrical power which is equal to one Ampere of current multiplied by one Volt. The unit of Power was named as Watt in order to honor the Inventor of the Steam Engine, Sir James Watt.

The power of one Watt is very small. Depending upon the function of the device and the design, some devices consume very few watts to operate whereas larger devices require more amount of power. The power consumed by small devices can be measured in watts but in order to measure the power consumed by larger appliances and devices, kilowatts are used, one thousand watts make up one kilowatt. 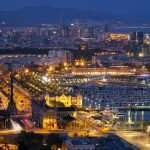 How Does Your City’s Power Grid Actually Work?Blog 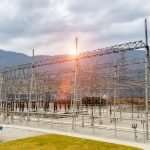 The Importance of Substation DesignBlog