Battery energy storage has undergone a significant transformation in recent years, in part due to the increased demand for power from consumers as well as industry. New technologies are also better capable of managing the flow of electrons in batteries, making increasing battery energy storage much simpler.

How Has Battery Energy Storage Improved in the Past Decade?

The most important change to battery energy storage is in how it stores electricity. In the past, batteries were constructed of heavy metals like lead and nickel, but these materials were difficult to recycle. Newer chemistries rely on lithium-ion instead of toxic substances for power storage.

Lithium-ion’s many advantages over other chemistries include that it can be recycled easily without requiring a large amount of raw material and that the manufacturing process produces far less waste than older processes do. These improvements mean that batteries with vastly superior storage capacities can now be made quickly and cheaply across the globe.

Alongside these improvements in battery storage capacity, we’re seeing an increased demand for batteries in industries that once relied on other kinds of fuel. Lithium-ion batteries are now used to power electric vehicles, a market that is growing globally as countries across the world seek to vastly reduce fossil fuel emissions by 2050.

How Does Battery Energy Storage Capacity Affect the Smart Grid?

The impact of these improvements on the smart grid and its accompanying technologies is due to be huge. Improved battery technology means that more electricity can be stored on-site and will allow industries reliant on batteries such as solar or wind farms to function at maximum capacity during peak hours.

As this technology becomes more prevalent, these industries will not only be able to run during peak hours, but the overall cost of storing energy for later use will go down.

The Smart Grid itself, and the development of smart technology across the US, will be an essential boon to those technologies that draw from it. An increased need for power from the grid to charge electric vehicles and other new battery-based systems will require utility companies to have a clear view of energy both entering and leaving the grid.

The availability of cheap batteries in various sizes and applications across the globe opens up a host of opportunities for Smart Grid users and utility companies. A battery system will typically use two-thirds less energy to store than it does to generate power, so the extra capacity of these batteries could offset peaks in demand. Electricity can also be stored for long periods of time when there are cheaper rates available or as a buffer against sudden outages.

The advantages of technological advances in both battery energy storage and Smart Grid technology are symbiotic; in the coming years, we will see just how these advances will come to transform the way we think about and use energy in the US.

Peak Substation has worked with hundreds of clients to help make their projects successful. We pride ourselves on the PEAK paradigm: we are professional, experienced, accountable, and knowledgeable. 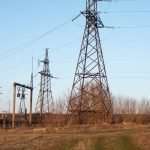 The Ultimate Guide To Circuit BreakersBlog 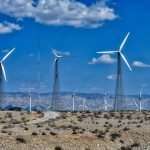 The Benefits of Integrating Wind Energy to the GridBlog