Substation copper theft has become a crisis. In the past year, the number of copper theft attempts and successes has skyrocketed. The problem does not only cause outages and costly damages for those in the surrounding areas, but it can also lead to serious injury and death for those attempting to steal the copper.

In June 2018, two Pittsburgh men caused a power outage that caused more than $13,000 in damages to local businesses, and more than $2,500 in damages to the substation they tried to steal from. They were discovered when they arrived at the hospital with severe electrical burns and explained what they were trying to do. They had attempted to cut into a live 23,000-volt power line, and subsequently caused an explosion that blew him out of his shoes.

In October, a successful theft took place in Alabama that caused over 3,000 homes to be without power for an hour and a half, while crews scurried to replace the stolen grounding wires. Again, the people who managed this theft could have been killed.

There are numerous other cases of thefts such as these all over the country – so what can be done to prevent these thefts?

One option for substations is to use CCS instead of solid copper. CCS is actually a better use for grounding because lightning and circuit shorts carry such a high current for such a short time, and so the ground wire’s outer skin is the part that will carry the majority of the current. This is a low-cost solution.

Security systems have advanced greatly in the last decade, and there are numerous intelligent surveillance devices that allow utilities to not only record the goings on at the substation but also set up virtual perimeters around buildings and doors that, if penetrated, will alert someone who can take appropriate action.

Speaking to the local law enforcement and asking them to increase patrols in the area is often effective when used in tandem with other upgrades security measures.

Think about installing additional live-video security in areas where thieves may try to break into the facility. Though you may have to deal with the occasional alert that is simply an owl flying in front of the sensor or grazing deer, if you can alert the authorities as the thieves break in to the premises, you will have a better chance of catching them before they are able to cause costly damage.

While this measure (and no measure) alone will not prevent copper theft, it is worth labeling any accessible copper wires with signage that lets any would-be thief know that the wire is live and deadly. The threat of immediate death isn’t always enough to deter a thief, but it can go some way to reducing theft in substations.

Don’t Rely on One Measure

No one security measure (short of constant human presence) will completely deter thieves, so the next best solution is to use as many affordable solutions as possible, and to constantly be on the lookout for a new security solution that may help protect your assets in this time of crisis. 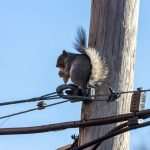 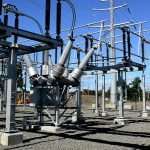