For many years, rate pricing was dictated by power companies as the sole monopolies in their fields. To access electricity, you had to pay the rates given, with no other option to choose from. But as the energy field has evolved and more and more suppliers and vying for space in a changing market, electricity rates are no longer the ‘cut and dry’ standard they once were.

How will energy rates change in the future, and how will these changes affect household and business bills? We take a look at what the future may hold for power rates and how electricity companies will need to adapt to the times to stay relevant and keep customers on-board:

Why are electricity rates changing?

Over the past few years, the way many households access power has changed – and as such, there’s a need for power company rates to change in line with those differences. One thing that has massively changed the world of energy generation is introducing renewable energy to houses and businesses across the US. This form of decentralized energy means that large-scale energy companies aren’t the only people adding power to the grid – and as such, it doesn’t make sense that homeowners and businesses are only paying for that service.

Many households now use solar and wind to supplement utilities, and rates need to adjust to acknowledge these changes in customers’ bills. By 2040, it’s expected that the vast majority of American homes will also have some form of a smart meter, which makes the current rigid rates unsuitable where energy companies can instantly and accurately lookup usage at any time. With the evolution of how we use power and the technologies in our homes, it only makes sense that rates change too.

What will energy rates look like in the future?

With smart technology offering a constant feed of energy usage, it makes sense that many households will be moving to a form of dynamic pricing. This means instead of being charged based on an average, each business and home will be charged for exactly what they use – a huge change on existing energy rate models.

When you add on renewables, this means the average household with solar or wind could be covering the majority of their energy consumption without the need to pull from the grid. The added benefit of that is minimal charges, though there is one downside. While sunny or good weather periods will lead to greatly reduced bills, it will mean a large imbalance of bills seasonally, depending on the generation potential of their renewable tech.

How soon will rates be changing?

The public will likely see a very gradual change in rates over multiple years instead of a sudden leap in new methods. With plans to fully integrate new electricity rates by 2035-2040, it’s quite a way off that the whole system will be implemented. While that doesn’t mean there won’t be changes right now, it does mean that households won’t be left with unexpected bills in the meantime.

Want to learn more about our services at Peak Substation Services? Get in touch with our team today to find out more about what we do and how we can help you. 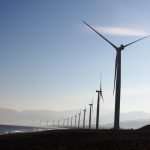 The Shift Toward Consumer-Driven EnergyBlog