Since the origins of electricity in households and businesses, energy companies have held 100% of the power. From fossil fuel to thermal energy to nuclear power, just about every form of electricity generation in the past has been solely the responsibility of energy suppliers. But with the rise of solar panels, modernized grids, and wind energy, more and more consumers are contributing directly to the grid itself, as well as fully powering their own homes and businesses in the process.

What is consumer-generated electricity?

Consumer-generated energy refers to any energy that individuals create, using the energy itself via solar panels, wind turbines, and other energy-generating methods. Instead of paying for energy through the grid, consumers generate power for themselves, bringing light and heat to their homes without putting money in the pockets of large energy companies in the process.

If you have solar panels on your house or in your fields, you are taking part in the consumer generation of energy. This energy is first used on your own property. In some cases, any excess is distributed into the grid, leading to energy companies paying the individual for the excess generation instead of the other way around.

How has the shift happened?

As renewable energy has become more affordable and accessible, the average household can easily afford to generate their own electricity with relatively little up-front payment. Particularly in the US’s rural areas, where there is ample space, consumer-driven energy is vastly growing in popularity – transforming unused space into an effective and powerful way to generate clean energy that is used collectively by thousands of homes and businesses.

What are the benefits of consumer-generated electricity?

The first benefit of consumer-driven energy is the eco factor. As a renewable and green energy source, solar and wind are far less harmful than fossil fuels and other methods used by ‘Big Energy.’ For individuals using consumer-generation for energy, the bonus is the greatly reduced cost and the ability to be self-sufficient instead of paying out to a larger company for something you can produce yourself.

Is consumer-driven electricity the future?

As consumer-driven energy becomes an everyday part of life, it’s likely that energy companies will no longer have the sole monopoly on energy creation. With some states already using a certain percentage of renewable energy, it makes sense that individuals get in on the boom now for the chance to make money off of land that may be going underused. A field full of solar panels in one of the sunnier states can potentially be far more profitable than livestock or crops.

So, what does this shift mean for technicians? Evolution. For engineers and electricians to still be successful, they’ll need to adapt to the growing renewables market and understand the risks and potential problems involved. At Peak Substation Services, we’re preferred for a consumer-driven future – and you should be too. Get in touch with our team today to find out more about what we do. 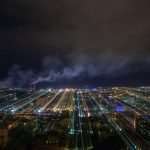 The Future of Electricity Rate DesignBlog

Building A More Resilient Energy Grid For The FutureBlog