Low-voltage circuit breakers are used in household outlets to stop the flow of electricity when too much power is being drawn, which can lead to electrical fires. They are typically made with breakers that need to be manually reset.

These types of circuit breakers are often designed for use by children and senior citizens who may not have the strength or dexterity for installing or maintaining a more complex breaker. They are usually designed to easily be disassembled and serviced. Standard house wiring requires only one 110 volt circuit breaker, but some households might need up to six low-voltage circuit breakers.

• Safety Plug-In Breaker – A plug-in circuit breaker that plugs into a standard outlet and must be manually reset after it has been tripped.
• Push Button Breaker – A push-button style circuit breaker that allows you to reset the breaker without unplugging it from the wall outlet. The button can either stay in an “on” position or be pushed again when the unit is back on, depending on how much power was being drawn.

Medium-voltage circuit breakers handle voltages of between 1,000 and 72,000 volts and can be used indoors or outdoors. They use current transformers to detect the current in the conductor and then quickly switch off the power when the current reaches a pre-set level.

Types of medium-voltage breakers include:

High-voltage circuit breakers often have complex safety features like motor-operated air breaks, or can be fused by hand if the breaker fails to trip. These breakers frequently use substances such as oil and carbon dioxide to break the circuit, but these are being gradually ruled out in favor of more environmentally friendly options like sulfur hexafluoride.

The most common circuit breakers in North America are ‘three-pole,’ which have three parallel blades on one side of the unit. These each switch off a set portion of current when activated.

An alternative is an arc suppressor circuit breaker (ASCB), which works by detecting arcs resulting from loose wiring connections and over-voltages. An ASCB is not designed to be manually reset but must be replaced.

It’s clear that circuit breakers are essential safety tools. The best type of circuit breaker will depend on the specific application it’s needed for. To make sure you have the most appropriate circuit breaker in place, consult with electrical specialists who can make the right recommendations. 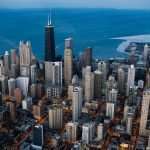 Which City Has The Most Expensive Electricity?Blog 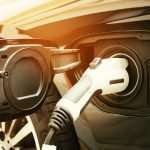