Distributed Energy Resources (DER) are renewable energy systems or units that can be found in businesses or homes, and they provide them with power. They’re also referred to as “behind the meter” because the electricity is managed or generated behind the electricity meter in the house or business. Common examples of DER include thermal energy storage, battery storage, rooftop solar PV units, and smart meters.

Generally, DERs are faster and a less expensive option when compared to high-voltage transmission lines and large power plants. And, since they’re located close to where the electricity is being used, they’re becoming increasingly popular as an alternative and enhancement to the traditional electric power grid.

The arrival of DER is transforming the grid and allowing consumers to address major concerns such as outages and increased demands during peak periods. However, there’s a need to understand the value that DER offers, especially when planning and designing DER programs and rates.

In this article, you’ll learn about the value of DER and how it can benefit you as a consumer. But first, let’s look at some of the characteristics of DER.

The Primary Applications Of DER Include:

The Value Of DER

The increased use of DER in the traditional power grid comes with numerous advantages and opportunities for both consumers and the power system. For one, they’re affordable as users with access to DER tend to pay less for electricity. This is because they sell power back to the grid and are, at times, compensated for ensuring their energy storage systems can help stabilize the power grid.

Additionally, the reduced network costs of DER are projected to minimize the overall cost of energy. According to research, by 2050, the investment in DER could potentially reduce network expansion costs by around 60%.

Another benefit of DER is reliability. For instance, if people in a certain region highly depend on variable energy resources such as solar and wind, DER can be used to help counter the shortcomings of these energy sources. This way, even if the sun sets or the wind stops blowing, users can still enjoy electricity, reducing its demand.

On the other hand, DER provides power to remote applications where traditional distribution and transmission lines aren’t an option. These include drilling platforms in the ocean, small remote towns, and cellular towers, which are all outside the power grid. These regions significantly benefit from the voltage support, stability, and black start capability that DER offers.

Ultimately, you cannot underestimate the value of DER to the consumer, power grid, and environment. With DER, you can enjoy increased energy efficiency, energy independence, and higher power quality.

If you have any further questions about the value of DER, feel free to get in touch with Peak Substation today! 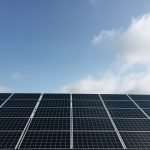 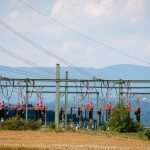